For years we have made a backup of all our VMware vCenter Server Appliances through our “normal” backup tool Veeam Backup and Replication. After a big incident with one of our biggest vCSA we identified, that this backup method isn’t consistent and our databases were corrupted. After multiple hours VMware support call we fixed our databases and our vCSA was running again.

After this incident we looked for another, better backup solution for our vCSAs and found the “official” VMware way: 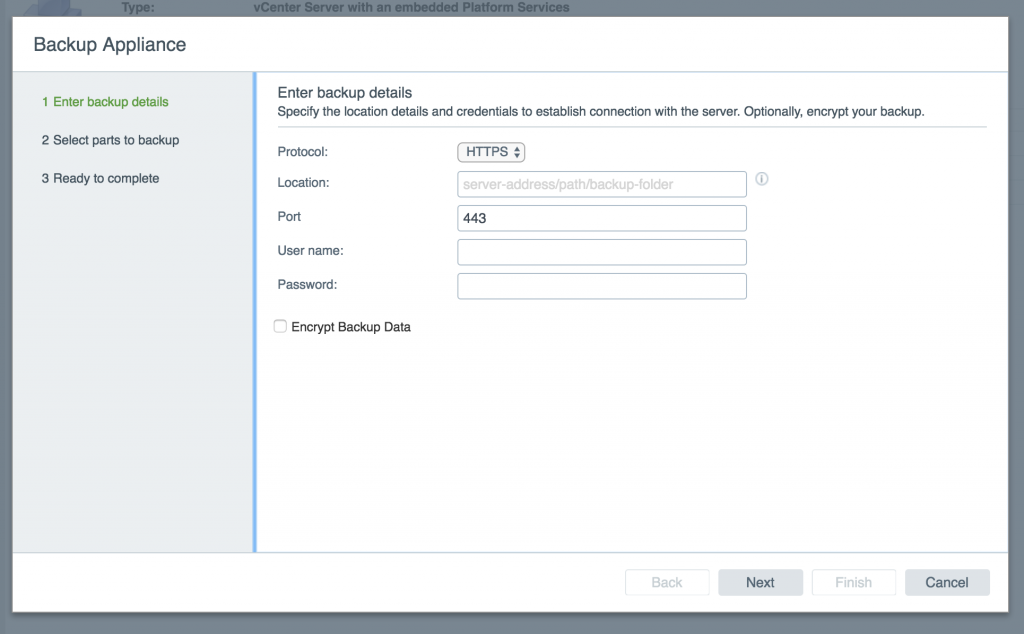 Because this method has a bug with all browsers except internet explorer and we need to automate this backup, we have found this script from the VMware vSphere Documentation Center.

I have made a few bugfixes and improvments for this script and it can now be found in my GitHub Repository.

With the following code sniplet you can monitor your vCSA backups with nagios:

EDIT: starting with VMware vSphere 6.7 the backup schedule is included in the vCenter Server and the BASH scripts aren’t needed anymore. Find some more informations in my second blog post for vCSA Backup.